Alfred Iverson, Jr. was the son of United States Senator Alfred Iverson of Clinton, GA. He was born February 14, 1829. When he was seventeen years old and a cadet at the Tuskeegee Military Institute, he joined the Georgia Volunteers as a 2nd Lieutenant to fight in Mexico. In 1855, Iverson was commissioned a 1st Lieutenant in the 1st Cavalry.

Iverson resigned his commission in the spring of 1861 and was elected Colonel of the 20th North Carolina Infantry Regiment. He led the regiment through the Seven Days’ Battles and was wounded there. Iverson also fought at South Mountain and Sharpsburg under the command of Geneal D. H. Hill.

On November 1, 1862, Iverson took command of the recently killed General Garland’s Brigade of North Carolina troops. He commanded the brigade at Fredericksburg and Chancellorsville but was constantly at odds with many other Confederate commanders, including General Jackson. Iverson was wounded in the groin during General Jackson’s famous flanking action on May 1, 1863.

Iverson’s brigade suffered terrible losses at Gettysburg on July 1, 1863. Much controversy has surrounded Iverson’s decision not to accompany his troops and the heavy losses sustained by his brigade in their unsupported attempt to advance against a heavily fortified stone wall as they approached Oak Ridge. Approximately five hundred men in his command were killed that day. The shallow graves where his men fell in almost perfect lines has been known to locals since that time as “Iverson’s Pits”.

Following the battle, Lee removed Iverson from battlefield command and made him the Army’s provost marshal. He was reassigned to Georgia in October, 1863 and took command of the state’s forces headquartered in Rome. During Sherman’s Atlanta Campaign, Iverson commanded a brigade of cavalry under General Wheeler. On July 29, 1864, his force of around 1,300 men defeated a Union force of about 2,300 under General Stoneman. Iverson’s men captured almost 700 prisoners including General Stoneman. As a Major General, Stoneman was the highest ranking Union officer captured during the War. Iverson remained with Wheeler’s command as it followed Sherman’s advance into the Carolinas. He was eventually put in command of the Confederate garrison at Greensboro and surrendered there following General Johnston’s surrender at Durham Station.

Iverson returned to Georgia, settling in Macon and eventually moved to Florida in 1877 to become an orange grower. He died in Atlanta on March 31, 1911 and is buried there in Oakland Cemetery. 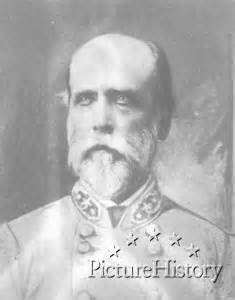