His early education was at Caldwell Institute in Greensboro before entering The University of North Carolina in 1845. He studied law but did not graduate. Scales continued private study under Judge William H. Battle and passed the bar in 1852. He set up his practice in Madison in western Rockingham County where he also served as the County Solicitor and was elected to the state legislature. Rockingham County sent him back to the legislature for the 1856-57 session and then to Washington as the sixth district representative to Congress. Following the end of the congressional session, he returned to his practice and served as a presidential elector for the Democrat John C Breckinridge in the highly contested 1860 presidential election.

Scales volunteered as a private in the Rockingham Guards one month before North Carolina seceded. When that unit was reorganized as company H of the 13th North Carolina he was elected as Captain. Scales career marched in step with another North Carolina General, William D. Pender, as Scales succeeded Pender up the chain of command. He followed Pender as Colonel of the 13th North Carolina on November 14, 1862 and when Pender was promoted to command A.P. Hill’s Light Division, Scales was promoted to brigadier general on June 13, 1863.  Scales saw much action with the heralded Army of Northern Virginia. He was engaged at Yorktown and Williamsburg in the Peninsula Campaign, as well as at Seven Pines and the Seven Days battles. Scales missed the battles of Second Manassas and Sharpsburg recovering from severe exhaustion he suffered at Malvern Hill, the last day of the Seven Days battle. He served with distinction at Fredericksburg, temporarily taking command of the brigade when General Pender was wounded. At Chancellorsville, he received a thigh wound but stayed on the field till loss of blood forced him to leave. In his official report, General Pender wrote of Colonel Scales, “a man as gallant as is to be found in the service.” While on leave recovering from his Chancellorsville wound, Scales was appointed brigadier general and led his brigade gallantly at Gettysburg. He was wounded in the first day’s action and rode in the same ambulance back to Virginia as Major General William Pender. Unfortunately General Pender did not survive his wound. Recovering in Winchester, Scales returned to the army where he saw action in the Overland campaign and the siege at Petersburg. He was on a leave of absence at his home in North Carolina late in the war when the Army of Northern Virginia surrendered at Appomattox.  There is no record of Scales ever being paroled but he did apply for amnesty in Raleigh on June 22, 1865 and was pardoned a year later.

After the war, Scales returned to his law practice and entered politics again. He was elected to five terms in the United States Congress starting in 1874 and in 1884 he was elected Governor of North Carolina. After his term as Governor, he retired from political life though he was repeatedly asked to run for Congress. He was elected President of Piedmont Bank in Greensboro and remained its president until he died.  His health deteriorated in later years until his death on February 9, 1892. Scales was revered by all and when he died, businesses closed as practically the whole city of Greensboro attended his funeral. He is buried at Green Hill Cemetery. Scales was married twice and had no children, though he raised a niece as his own with his second wife Katherine Henderson. 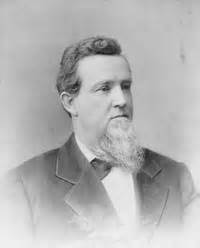