On November 2, 1828, Bryan Grimes was born on his family plantation of Grimesland in Pitt County, NC. His parents were the affluent planters, Bryan Grimes, Sr. and Nancy Grist Grimes. Bryan attended school at Washington in Beaufort County, NC. He attended a private academy in Hillsborough, NC before attending the University of North Carolina in Chapel Hill at age 15. He graduated in 1848 and returned to his plantation to run the estate. He married Elizabeth Davis in April of 1851. They had four children, one being Bryan Grimes III who died in childhood. His mother died in 1857 after only six years of marriage to Bryan. This left Bryan Grimes, Jr. in a state of depression and sadness. He traveled to Europe, returning to North Carolina and his plantation at Grimesland.

Upon his return, he won election as a delegate to represent North Carolina at the Secession Convention.  Once NC seceded from the Union, he resigned from the delegation and offered his services to the Confederate Army where he received a commission as a Major of the 4th N. C. Infantry. Major Grimes fought at First Manassas. In May 1862, Grimes received a promotion to Lieutenant Colonel of the 4th N. C.  He received wounds while fighting at the Battle of Seven Pines when his killed horse fell upon him. After Seven Pines, the 4th N. C. received a new commander in the form of Colonel Bryan Grimes, Jr. The 4th N. C. was now part of the Army of Northern Virginia where it remained for the war.  Grimes and the 4th took part in the Peninsula campaign. Grimes did not see action at Sharpsburg, with the 4th, due to an injury. He served, temporarily, as a brigade commander in D. H. Hill’s Division. He then fought at Fredericksburg with the 2nd Corps. In this battle, his troops repelled a Federal attack.

Before the 1863 Chancellorsville Campaign, Colonel Grimes was back commanding the 4th N. C. Regiment. He received a wound in the foot on May 3, 1863.  On July 1, 1863, Grimes’ regiment was the first Confederate unit to enter Gettysburg.

In September, he married Charlotte Emily Bryan. They had ten children. One of his sons, John Bryan Grimes, eventually served as Secretary of State in North Carolina. He and his wife named a son Bryan Grimes, who also died as a child.

In May of 1864, Colonel Grimes received a promotion to brigadier general and command of his own N. C. Brigade. He served in General Ramseur’s Division, whom he later replaced upon his death in the Cedar Creek Battle. During that same battle, General Grimes received an injury to his leg.

On February 15, 1865, Grimes became the last person in the Army of Northern Virginia to receive a promotion to major general. He served in the Petersburg Campaign before heading west with Lee’s Army. He led the Army of Northern Virginia in its last action, a skirmish, on April 9, 1865 before Robert E. Lee surrendered. Upon the surrender, Major General Grimes received a parole.

In 1867, Grimes returned to the family plantation in North Carolina. He remained in Pitt County as a farmer until his murder in 1880 by William Parker. Parker was a hit man hired to murder Grimes to prevent him from testifying in a criminal case.  Parker received an acquittal in his trial.  Later, he returned to Pitt County. Drunk, he proclaimed that he killed Grimes. Arrested that night and jailed, an angry lynch mob entered the jail and lynched Parker. Prosecution of anyone for the lynching of Parker never occurred.  Bryan Grimes lies buried in the family cemetery on the Grimesland Plantation. It is located at 5230 Grimes Farm Rd., Grimesland, NC. 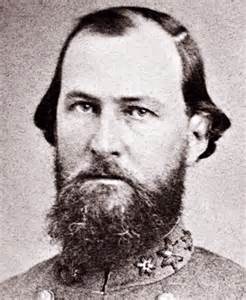