On March 3, 1831, proud parents, Samuel and Martha March Fowle had a little boy named Daniel Gould Fowle. Samuel was a wealthy merchant that moved from Massachusetts to North Carolina in 1815. Daniel Fowle obtained his education from Bingham Academy before going to Princeton University. After his graduation from Princeton and upon passing his bar exam, he opened a law practice in Raleigh, NC.

Daniel Gould Fowle was against North Carolina Secession.  Despite his feelings of opposition, he enlisted in the N. C. Militia as a private. Attaining the rank of major, he received an assignment of duties in the commissary department. Upon his resignation from the commissary department, he helped to organize and recruit the 31st N. C. Regiment. He received an appointment to the post of Lieutenant Colonel of the 31st on September 9, 1861.  In February, Fowle and the 31st were fighting on the North Carolina coast and the Union Army captured them on Roanoke Island. They paroled him after two weeks. In September of 1862, he resigned his commission due to his losing election to Colonel of the 31st. He did win election by the citizens of Wake County to be their representative in the N. C. Legislature in October of 1862.  In March of 1863, Fowle received an appointment as   Adjutant General of North Carolina with the rank of major general by Governor Zebulon B. Vance.  He retained this position until he resigned amid a disagreement between the governor and him in the fall of 1863.  In 1864, the citizens of Wake County again elected him to be their representative in the N. C. Legislature.

After the war ended, Daniel Gould Fowle returned to his private law practice in Raleigh, NC. He led a very political life. He served as Chairman of the Democratic Party in North Carolina in 1868. In 1880, he lost a gubernatorial bid to Thomas Jarvis. In the election of 1884, he lost his bid for U. S. Congress. In 1888, the liberal faction of the Democratic Party nominated him for governor, a position he served in for three years until his death in office on April 7, 1891. 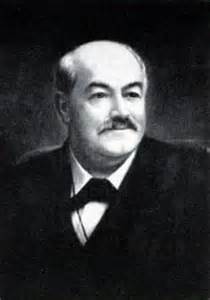