Henry Toole Clark, born in Edgecombe County, NC near Tarboro on his family’s plantation at Walnut Creek, was the son of James West Clark. The elder Clark was a politician and planter, having served in President Andrew Jackson’s administration. His father retired from politics and became a successful planter, owning large amounts of land in North Carolina, Tennessee, and Alabama. He also owned and utilized slave labor and leased slaves to other planters. Henry Clark attended local schools in Tarboro and Louisburg, NC before attending the University of North Carolina where he learned law. Upon his graduation, he took his bar exam after studying law with his uncle, William Haywood. However, he decided to return to Tarboro to manage his father’s business interests. Having served briefly as the Edgecombe County Clerk of Court, before election to the N. C. State Senate in 1850, he never forgot the political lessons that he learned from his father and cherished the values he learned at a young age from his father. Edgecombe County afforded Clark a social status and he thrived in such. Clark become a political platform writer for the state’s Democratic Party in 1833 and eventually served in the State Senate leading that Chamber until 1861. While a state senator, Clark championed for small government, low taxes, and debt avoidance. He remained very skeptical of northern politicians and the federal government.  Henry Clark believed in secession as being legal under the Constitution; however, he remained quiet in his belief and was never outspoken for secession until the attack on Fort Sumter.

Henry Toole Clark, as N. C. Senate Speaker, succeeded the late Governor John W. Ellis in July 1861 upon his death. Clark addressed the State Legislature on August 16, 1861 and promoted the Confederate cause as just and right.  He enforced several Confederate policies, such as conscription, despite the people of North Carolina not favoring them.  Governor Clark offered a plan of defense and preparedness for the coastline of North Carolina and proposed it to the Confederacy; however, Richmond authorities whom had assumed all control of military assets in the south immediately dismissed it.  The Union invaded and occupied eastern North Carolina in 1862.

Governor Clark received blame for this occupation and it would lower morale toward him. The war, and raising and supporting troops from North Carolina for the cause consumed his administration.  Being an honest man and of modest political talent, Governor Clark could not get the state to improve its morale or to rally behind the war effort. Clark did not seek to run for a full term in 1862 and Zebulon Vance replaced him as governor upon the expiration of John W. Ellis’s term.

Henry Toole Clark returned to politics in 1866 as a state senator. He backed President Andrew Johnson’s reconstruction policies.  Clark joined the newly formed conservative party to combat the Republican Party.  In this position, he voiced his belief against the 14th Amendment and resisted radical reconstruction. In 1867, at the end of his term, he retired to his family’s plantation in Tarboro. There, he worked on several projects near and dear to him. Henry Toole Clark died in Tarboro, NC on April 14, 1874. His remains rest at the Calvary Episcopal Church in Tarboro, NC. 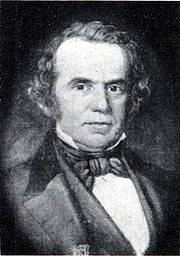