Isham Warren Garrott was born in 1816 in Anson County, North Carolina. He attended the University of North Carolina and graduated in 1840. He studied law and move to Marion, Alabama where he began practicing law. Garrott was elected to the Alabama Legislature in 1845 and re-elected in 1847.

Upon the start of the Civil war, Alabama Governor Moore sent Garrott to his native state of North Carolina to help convince the state to join the secession movement. Isham Garrott returned to Alabama. He recruited and raised the 20th Alabama Infantry Regiment and was appointed its Colonel. He served with the 20th Alabama in Mobile from 1861 until 1862. He then joined Tracy’s Brigade and was moved to Mississippi. Here, Garrott fought Grant’s Union Troops at Bakers Creek and Port Gibson. General Tracy was killed at Port Gibson and command of his brigade fell to Colonel Garrott. The 20th Alabama and Colonel Garrott’s Brigade were part of the siege at Vicksburg. On June 17th, 1863 while bored with his duties he grabbed a rifle and joined in at the skirmish line to snipe at Union Troops. In this role, an opposing Union sharpshooter killed him. No one is certain of where Garrott is buried. There is a maker for him in Vicksburg’s Cedar Hill Cemetery.  He is believed to be buried here although his name was spelled incorrectly and his rank was listed as Colonel. His official promotion to Brigadier General came after his death. 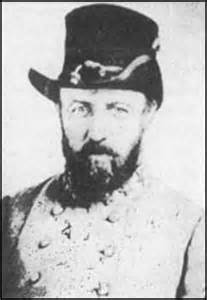