Born in Wilkes County, NC on November 21, 1822 to parents Nathaniel and Sarah Gwyn Gordon was James Byron Gordon. He grew up in Wilkes County, NC before attending college at Emory and Henry College in Emory, VA. Upon his graduation from college, Gordon returned to Wilkes County and became a successful member of the community. He thrived in the mercantile business and became a local town leader before serving one term in the N. C. Legislature.

In 1861, with the secession of the State of North Carolina, James B. Gordon enlisted as a Lieutenant in the Wilkes County Guards.  He received a promotion to captain, and later became Major of the 1st N. C. Cavalry Unit. He served in the Cavalry Service of the Army of Northern Virginia along with General J. E. B. Stuart. In November of 1861, his unit gained praise from General Stuart for a charge led by then Major Gordon. In 1862, he received a promotion to lieutenant colonel, and then in 1863, became Colonel Gordon. In July 1863, he protected the retreat of the Confederate Army by attacking and defeating the Union troops at Hagerstown, MD.  For these actions, he received a promotion to brigadier general and command of a N. C. cavalry brigade.  General Gordon defeated Union forces in the Battle of Culpepper Court House in October of 1863; however, he received wounds in this battle and did not return to the Army until May of 1864.

In May of 1864, Gordon and Stuart defended Richmond from the attacks of Union troops under General Phillip Sheridan. May 11 saw the tragic death of General Stuart at Yellow Tavern, thereby leaving the defense of Richmond to General Gordon. May 12, 1864 found General Gordon and his cavalry in the Battle of Meadow Bridge. Gordon and his cavalry held off Union troops long enough to allow reinforcements to arrive and thus save Richmond. However, mortally wounded, General James Bryon Gordon died on May 18, 1864. His remains lie buried in the St. Paul’s Episcopalian Cemetery in Wilkesboro, NC 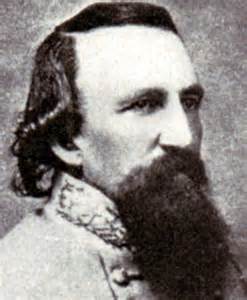