Jeremy Francis Gilmer was born in Guilford County, NC on March 23, 1818. He attended the U. S. Military Academy at West Point, NY. He graduated fourth in the class of 1839. Upon his graduation, he received a commission to Second Lieutenant in the Army Corps of Engineers. Until 1840, he was an assistant professor teaching engineering at West Point. Then, in June of 1840, he became the assistant engineer for Fort Schulyer in New York Harbor.

In 1861 with the outbreak of the War Between the States, Gilmer resigned his commission and offered his services to the Confederacy. While serving as Chief Engineer during the Battle of Shiloh on Albert Sydney Johnston’s staff, Gilmer received severe wounds. He received a transfer to the Army of Northern Virginia Theater and served from Richmond, VA. In this position, he received a promotion to brigadier general in August 1862. He received a promotion to major general and an assignment as the Chief of the Engineer Bureau for the Confederate States Army. In this duty, he remained until the end of the war.  Gilmer was worried about the major rail lines and waterway approaches. In this, he spent a lot of time in Charleston, SC beefing up coastal defenses, in Mobile, AL, Savannah and Atlanta, GA overseeing the construction of improvements and fortification.  These defenses proved a vital part of the defenses for Atlanta in 1864.

After the War, Gilmer served as President of the Savannah, Georgia Gas Light Company. He also served on the board of directors for the Georgia Central and Banking Railroad. He died from heart disease on December 1, 1883 at the age of 65. His body lies in the Laurel Grove Cemetery in Savannah, GA. 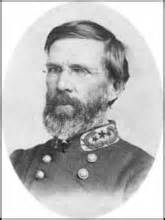