William Feimster Tucker was born in Iredell County, North Carolina, on May 9, 1827. He attended and graduated from Emory and Henry College, in Virginia, in 1848.  After graduation he moved to Houston, Mississippi. In 1855, he was elected Probate Judge of Chickasaw County, Mississippi. Eventually, he was admitted to the bar and began to practice law in Chickasaw County.

With the Secession of Mississippi in 1861, Tucker offered his services to the State of Mississippi and was commissioned a Captain in Company K, 11th Mississippi Infantry. The 11th Mississippi saw action at First Manassas in Bernard Bee’s Brigade. His unit would be sent West and added to the 41st Mississippi. With the consolidation of the 11th and 41st Mississippi Regiments, Captain Tucker was promoted to Colonel and placed in command. He lead his regiment with gallantry in Battles that included: Perryville, Murfreesboro, Chickamauga, and Chattanooga.  Colonel Tucker was promoted to Brigadier General on March 1st, 1864. During the Atlanta Campaign, General Tucker led his troops at Resaca, on May 14, 1864, where he was severely wounded. His wounds rendered him from any further field duty. However, during the closing weeks of the war, General Tucker recovered enough to lead the District of Southern Mississippi and Eastern Louisiana.

With the end of the war, William Tucker returned to Chickasaw County, Mississippi, to practice law. He  served in the State Legislature in 1876 and was re-elected in 1878.  On September 14, 1881, Tucker was assassinated in Okolona, Mississippi, by two hired men paid by a man Tucker had a case against. The killers were never captured. General William Feimster Tucker was buried in the Odd Fellows Cemetery in Okolona, Mississippi. 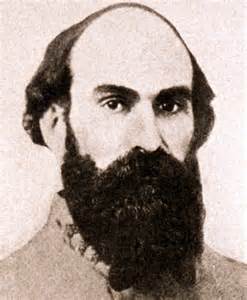