Jonathan Lewis and Julia Campbell Godwin gave birth to a son on September 19, 1831 in Nansemond County, Virginia.  He went to Portsmouth, VA before he was one year old to live with his grandmother who raised him.

Archibald Godwin went to California around 1850 to “strike it rich” in the gold rush. He found gold, and became a successful timber, gold, and cattle entrepreneur. In 1860, Godwin ran for the Democrat Party spot on the ballot for governor of California.  He lost this election by a narrow gap.

With the onset of the War Between the States, Godwin turned over his business interests to friends and offered his services to Virginia. There he received a commission as major and assignment to the assistant provost marshal at Libby Prison in Richmond, VA. He proved to be very successful in this position. Authorities of the State of North Carolina asked him to come to Salisbury and establish a prisoner of war camp. He remained as commandant of the prison there until receiving promotion to colonel. In this rank, he organized and led the 57th N. C. Regiment. He fought at Fredericksburg in the brigade of Joseph Davis where they proved valuable in repelling Burnside’s Army. In April, he received a transfer to Hoke’s Brigade, and at Chancellorsville fought in this brigade. Hoke received wounds. His brigade fell to the leadership of Colonel Issac Avery. The brigade, with Godwin present, fought at Cemetery Hill in the Gettysburg Campaign on July 2, 1863.  There, Colonel Avery fell, mortally wounded. This left Colonel Godwin in charge of the brigade. He remained in this spot until captured along the Rappahannock River on November of 1863. In 1864, in a prisoner exchange for a Union officer, he was able to return to the Army of Northern Virginia.

Upon his return to the Army of Northern Virginia in August, he received promotion to the rank of brigadier general and formally, given what was Robert Hoke’s Brigade. He served with General Jubal Early in the Shenandoah Valley. While leading his troops against Union Forces in the Third Battle of Winchester, fragments from a Union Artillery round instantly took his life. His remains lie buried in the Stonewall Cemetery in Winchester, VA. 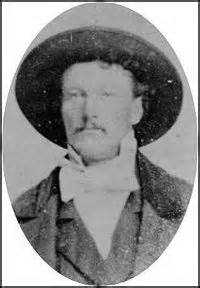