Matt Whitaker Ransom was born in Warren County, NC to parents Robert and Priscilla Whitaker Ransom. He attended the University of North Carolina and graduated in 1847. After graduation from UNC, he returned to Warrenton and practiced law.  In 1853, he met Martha Exum of Northampton County. They married and moved to her plantation, Verona, on the Roanoke River.

Matt Ransom served in the North Carolina General Assembly and in the capacity of Attorney General for the State of North Carolina. In 1861, he was one of three commissioners chosen to the Confederate States Government in Mobile, AL.

With the secession of North Carolina, Ransom offered his services to the Confederate Army. He was given a commission as Lieutenant Colonel of the 1st N. C. Infantry. He was then promoted to Colonel and transferred to lead the 35th N. C. Regiment. This regiment was in his brother’s brigade which Matt later inherited upon his brother’s promotion.  Matt Ransom led the 35th N. C. until being promoted to Brigadier General and assuming command of his brother’s brigade. He fought in the Peninsula Campaign, Sharpsburg, Fredericksburg, Plymouth, NC, and the Siege of Petersburg. He fought gallantly in all of his engagements, being wounded three times before finally surrendering with General Lee at Appomattox.

Upon his surrender, he returned to Verona in the area of Weldon, NC. There, he continued to farm and practice law. In 1872, he served in the U. S. Senate in a spot won by Governor Zebulon B. Vance who was disqualified due to political issues. Matt Ransom served in the Senate until 1895 when he was appointed as the Ambassador to Mexico. He left this post in 1897, returning to Verona where he remained until his death in 1904. He is buried on the Verona plantation in the family cemetery. 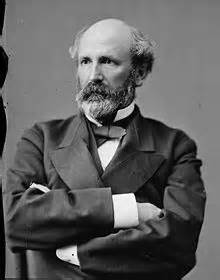