Robert Bullock was born in Greenville, North Carolina on December 8, 1828. He attended local public schools in Pitt County. In 1844, he moved to what is now present-day Ocala, Florida. There he became a teacher at the first public school in Sumter County. He went on to serve as circuit clerk in Marion County, Florida from 1849 until 1855. In 1856, Bullock was commissioned a Captain by the State of Florida to help lead a company of mounted volunteers against the Seminole Indians in the war of the same name.

Upon the secession of Florida from the Union in 1861, Bullock cast his lot with the Confederacy. He was commissioned a Captain of the 7th Florida Regiment and served the Southern cause for the duration of the war. He was promoted in 1863 to Lieutenant Colonel, and again in 1865 to the rank of Brigadier General. Bullock saw action in the battles of Chickamauga, Atlanta and in the Franklin-Nashville campaigns. He commanded Finley’s Brigade of Bate’s Division. Bullock was severely wounded in the retreat from Nashville.

After the War, Bullock returned to Florida and was admitted to the Bar in 1866. He practiced law and eventually became a circuit court judge. He was also elected to serve two terms in the House of Representatives. After his second term, Bullock again served as a circuit court judge until his death on July 27, 1905 in Ocala, Florida. His remains are buried in the Evergreen Cemetery in Ocala Florida. 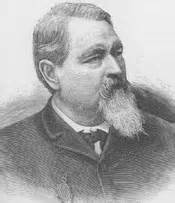