Robert Ransom, Jr. was born in Warren County, NC on February 12, 1828 to parents Robert and Priscilla Whitaker Ransom.  He attended the U. S. Military Academy and graduated in the class of 1850. He became an officer in the U. S. Army. He was trained in cavalry tactics and assigned to frontier duties. Robert Ransom, Jr. married Minnie Huntt in 1854. He served as a Cavalry Instructor at West Point until 1855 when he was promoted to first lieutenant and transferred to the 1st U. S. Cavalry. He served in various positions in the west, was promoted to captain, and then resigned his commission in 1861 before North Carolina seceded.

Robert Ransom, Jr. was appointed Captain of N. C. Cavalry in 1861. He fought in several skirmishes in Virginia in early 1861. He was promoted to Colonel of the 1st N. C. Cavalry. He was promoted to brigadier general and given the brigade formally commanded by Samuel French, in March, 1862, being attached to Huger’s Division on the Peninsula. Ransom’s command consisted of N. C. Infantry Regiments to include his brother Matt’s 35th N. C. Regiment.  He led his brigade in the Maryland Campaign of 1862. He helped capture Harper’s Ferry and was instrumental in defending Marye’s Heights from attacking Union forces during the Battle of Fredericksburg.

After the Maryland Invasion, Ransom’s Brigade was sent back to North Carolina where they defended railroads and supply trains from Union forces. Robert Ransom, Jr. was promoted to major general in May, 1863. He did not participate in the Gettysburg Campaign due to being on guard duty around Richmond while the Army of Northern Virginia marched north.  He served as Division Commander until being sent to General Early’s Corps in 1864 to command the cavalry in the Shenandoah Valley.  He fought in the Battles of Fort Stevens and Monocacy. He was relieved of his command due to declining health and illness in 1864. Major General Ransom continued to serve in legal and military court duties until he surrendered in May of 1865.

After his return to North Carolina, he settled for a time in Wilmington, NC serving as City Marshal there until he went back to farming in 1878. Then he pursued a career as a civil engineer in New Bern, NC. He remained there until his death in 1892. He is buried in Cedar Grove Cemetery in New Bern, NC. 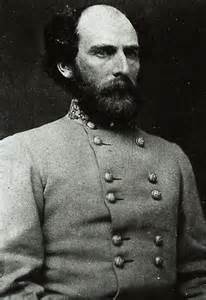