Born in Columbus County, North Carolina on June 10, 1840, Thomas Fentress Toon was a farmer before attending Wake Forest College and volunteering to fight for the Confederacy. He was wounded seven times participating in all of the major engagements of the Army of Northern Virginia from 1862 to March of 1865. Surviving the war, he returned to his native state where he was involved in local and state politics and education.

On May 20, 1861, the day his home state seceded, Toon volunteered for service in the Columbus Guards No. 2, a company that would later become company K of the 20th North Carolina Troops. He returned to Wake Forest College for graduation but was back with his regiment soon after. When Toon returned, he was elected 1st lieutenant and within a month he was elected captain of the company. The regiment stayed in the lower Cape Fear region until it transferred to Richmond on June 14, 1862. Around Richmond the 20th, commanded by Colonel Alfred Iverson, was now in the brigade of General Samuel Garland of General D. H. Hill’s division. The regiment saw action at Seven Pines, Seven Days, South Mountain, Sharpsburg and Fredericksburg. From his conspicuous and gallant service, Toon was elected colonel of the Twentieth on February 26, 1863. His election was unusual in that senior officers waived their rights to promotion and endorsed Toon to advance three grades to become their colonel. He led the regiment in Jackson’s sweeping flank attack at Chancellorsville and received three wounds on May 3 before he had to relinquish command. He recovered in time for Gettysburg where his regiment was heavily involved and sustained 65% casualties on the first day. The brigade commander, General Iverson, performed poorly during the battle and was replaced by General Robert D. Johnston by the time of the Mine Run campaign. From there the regiment settled into winter quarters until the bloody engagements of 1864. The young Colonel Toon continued to display solid leadership.

Their next action was the Overland campaign in the spring of 1864. At Spotsylvania, both Toon and brigade commander General Johnston were wounded. Toon returned in a few days and was “temporarily” promoted to brigadier general on May 31, 1864 while General Johnston was recovering. He led the brigade at Cold Harbor and during Lieutenant General Jubal A. Early’s July raid on Washington, D.C. that included the battle of Monocacy. General Johnston returned in August and Toon reverted back to Colonel of the 20th North Carolina. He capably led his regiment the remainder of the Shenandoah Campaign, eventually joining the rest of Lee’s army in the trenches of Petersburg. Receiving his last and worst wound at the failed attack of Fort Stedman, Toon was recovering and not with the army at Appomattox.

After the war he returned to Columbus County where he taught, farmed, and worked for the railroad. Toon served as mayor of Fair Bluff and was elected a member of the House of Representatives and then the state Senate. Moving to Robeson County in 1891, he taught at the Robeson Institute until he was elected North Carolina’s superintendent of public instruction and moved to Raleigh. Toon contracted pneumonia in November of 1901 and eventually succumbed to heart failure at home in February 1902. He is buried at Oakwood Cemetery in Raleigh. Toon was married twice, first to Carrie E. Smith, with whom he had two sons and three daughters. 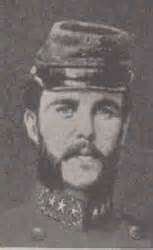