William MacRae was born in Wilmington, NC on September 9, 1834 to General Alexander MacRae and Anna Jane Martin MacRae. His family descended from the MacRae Clan in Rosshire, Scotland. He received formal education, although it is not known where. He then became a civil engineer. MacRae was working in Monroe, NC as a Civil Engineer in 1861.

Upon North Carolina seceding from the Union, MacRae enlisted in the Monroe Light Infantry. He quickly became Captain of Company B when the unit became part of the 15th North Carolina Infantry. MacRae served as the Captain of Company B until April, 1862 when he was promoted to Lieutenant Colonel. His regiment became part of Howell Cobb’s Brigade in the Peninsula Campaign and the Battle of Second Manassas. In the weeks before the Sharpsburg Battle, the brigade faced heavy losses.  During the Battle of Sharpsburg, MacRae led the brigade, numbering only about two hundred and fifty men. While leading the brigade during the battle, they repelled three Union assaults before being forced to fall back with only fifty men remaining and no ammunition left. He, again, saw action with the 15th North Carolina at Fredericksburg where they fought at Marye’s Heights.  The 15th was placed under the command of John Rogers Cooke and his North Carolina Brigade soon after the Battle of Fredericksburg. He went on to be promoted to Colonel in February, 1863. Cooke’s North Carolina Brigade remained in NC and Southside Virginia until after the Gettysburg Campaign was over. His regiment returned to the Army of Northern Virginia and fought courageously in the 1864 campaign. At the Battle of Cold Harbor, Brigadier General William W. Kirkland was wounded and command of the brigade fell to MacRae. He was temporarily promoted to Brigadier General in June, 1864. His promotion became official in October, 1864. He remained in command of the brigade until being paroled at Appomattox in April, 1865.

MacRae returned to North Carolina, broke and jobless. He soon gained employment with the Wilmington and Manchester Railroad as a superintendent. He later worked for the Macon and Brunswick Railroad before ending up at the Western and Atlantic Railroad. William MacRae contracted pneumonia and died while in Augusta, GA on February 11, 1884. His remains were returned to his hometown of Wilmington, NC and interred at Oakdale Cemetery. 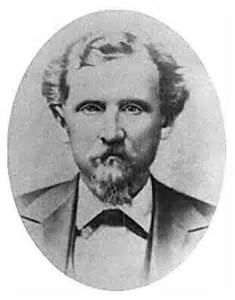